Bosnia and Herzegovina – 20 years of peace 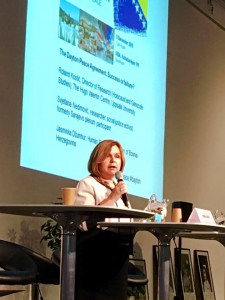 Ambassador Vesna Ćužić participated in the conference on the theme of the Dayton Peace Agreement entitled “Bosnia and Herzegovina -20 years of peace”.

Introduction to the conference was given by Mats Karlsson, Director of the Swedish Institute of International Affairs and Ambassador Ćužić.

Ambassador Ćužić after reminding of the processes that Dayton conference launched spoke about the EU integration process, which was given new impetus with the entry into force of the Stabilization and Association Agreement with the EU and the implementation of the Reform Agenda.

A number of the participants from the political, scientific and public life of Bosnia and Herzegovina and Sweden have tried through a panel discussion to answer several questions: Dayton Peace Agreement: the success or failure; How (not) to build peace and How to deal with the legacy of war. 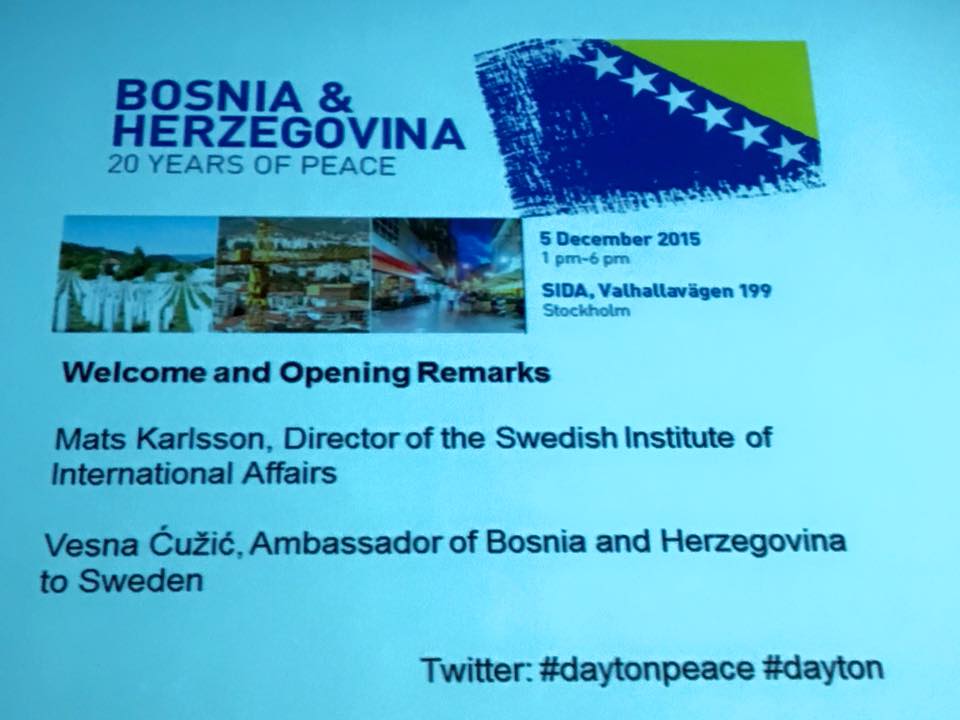