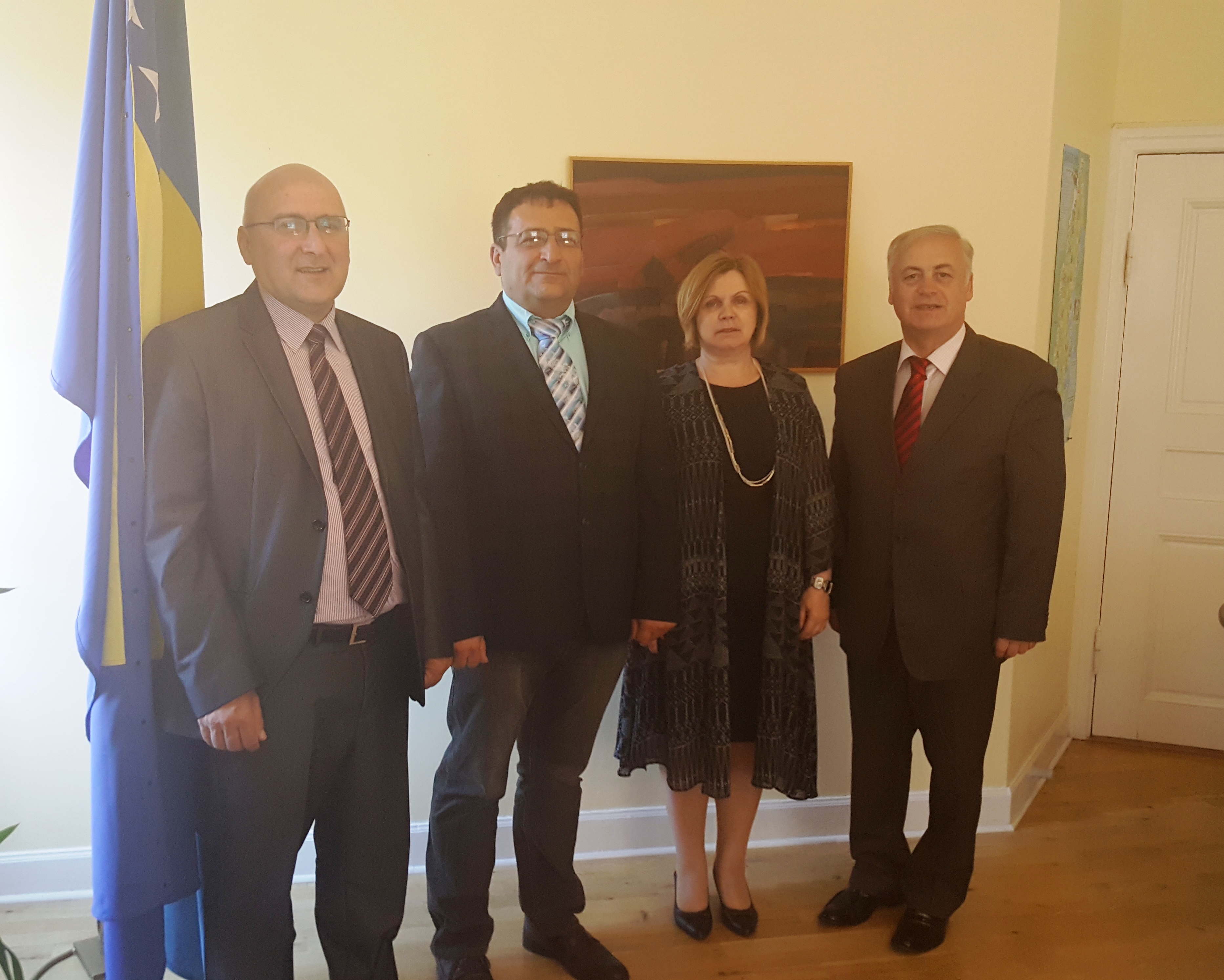 In accordance with the Plan of implementation of education and information of voters outside of Bosnia and Herzegovina for the local elections in 2016 the members of the Central Election Commission dr. Suad Arnautovic and Vlado Rogić visited Sweden from 14th to 16th June 2016. 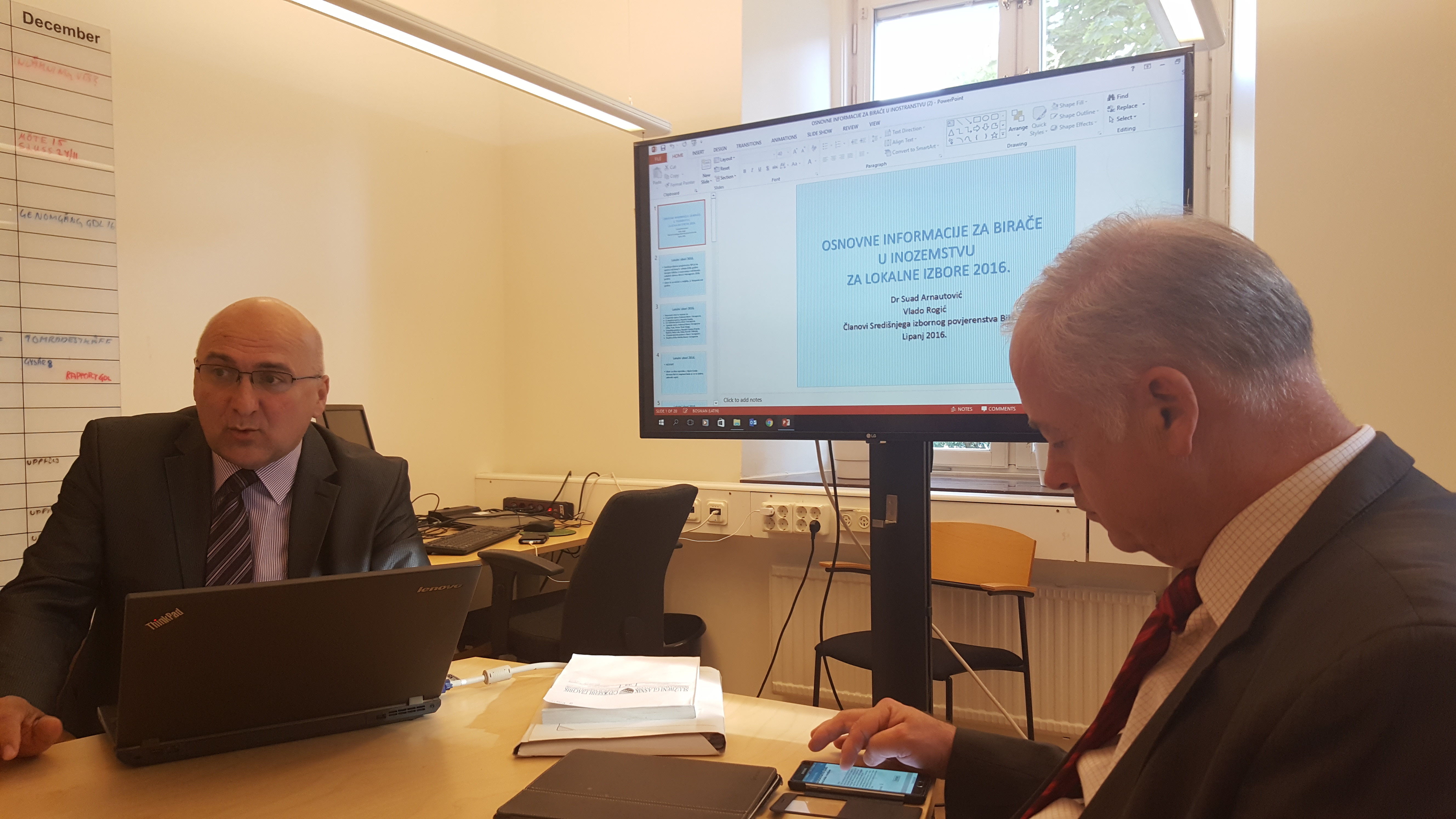 The aim of their visit was to inform and educate voters outside of Bosnia and Herzegovina how to register into the Central Voters Register and on the submission of an application to vote, the administration of the elections and the possibility of achieving and protection of voting rights in order to motivate as many as possible voters to participate in the electoral process.
Embassy of Bosnia and Herzegovina with the help of the associations of BiH citizens – APU networks and the Union of BiH Association has organized two public forums:  in Stockholm, June 15.2016. and Malmo June , 16 2016.
The meting in Stockholm was broadcasted live via facebook page of  APU network so that the citizens who were not physically present at the meeting took the opportunity of direct contact and asked numerous questions.
The task of the delegation of the Central Election Commission was also to determine whether the Bosnian Embassy in Stockholm has the statutory requirements for the organization of the polling station  in diplomatic and consular missions of Bosnia and Herzegovina.
After the  review of the Embassy delegation has established that there are no spatial and security requirements for the organization of the polling station at the Embassy of Bosnia and Herzegovina in Stockholm, so that all BiH citizens with the right to vote in local elections residing in Sweden will be able to vote only by mail.