On September 23, 2015. Ambassador of Bosnia and Herzegovina in the Kingdom of Sweden  Vesna Ćužić presented her credentials to the King of Sweden Carl XVI. Gustaf.

The ceremony of presentation of credentials included a brief visit to the Ministry of Foreign Affairs before going to the Royal Palace.

Ambassador Ćužić was received in the Ministry of Foreign Affairs by Klas Molin, Head of Protocol, Ola Svenningsson Head of the Department for South Eastern Europe and Karin Ahnfelt, desk officer for BiH.

After brief conversation at the Ministry Ambassador Ćužić and the members of her staff were taken by carriage to the Royal Palace where  ambassador Ćužić  was received by His Majesty King Carl XVI Gustaf. 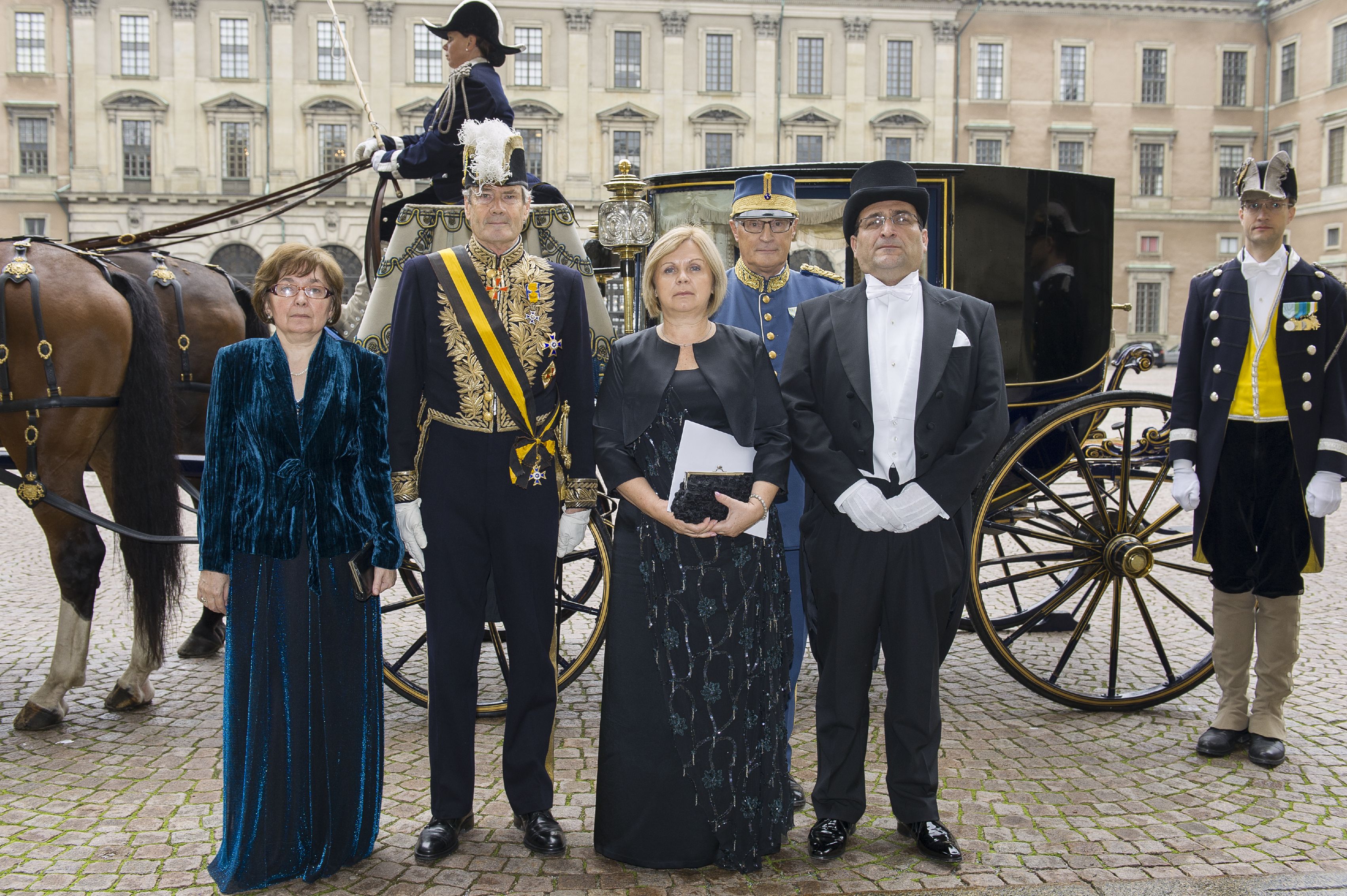 Ambassador Ćužić  presented to the King her credentials and  conveyed the greetings of the Presidency of Bosnia and Herzegovina and expressed appreciation for the political support and concrete assistance that Sweden has been giving to Bosnia and Herzegovina. She also informed His Majesty about the current political situation in BiH and the BiH foreign policy priorities in the coming period.
King Carl XVI Gustaf welcomed the ambassador Ćužić and wished her success in her work in the Kingdom of Sweden.
During  the conversation that followed, King Carl XVI Gustaf was interested in information on the number of BiH diaspora in the Kingdom of Sweden, which is considered a significant link between Sweden and Bosnia and an example of good integration into the Swedish society.
King Carl XVI Gustaf expressed satisfaction with the level of current cooperation and readiness for further improvement of bilateral relations and support of the Kingdom of Sweden to BiH on its path towards integration into the European Union.
At the end of the handover ceremony, Ambassador Ćužić had the opportunity to present the staff of the BiH Embassy in Stockholm to King Carl XVI Olaf – Mr. Zeljko Grbic, adviser and Ms. Mirsada Biber, First Secretary.